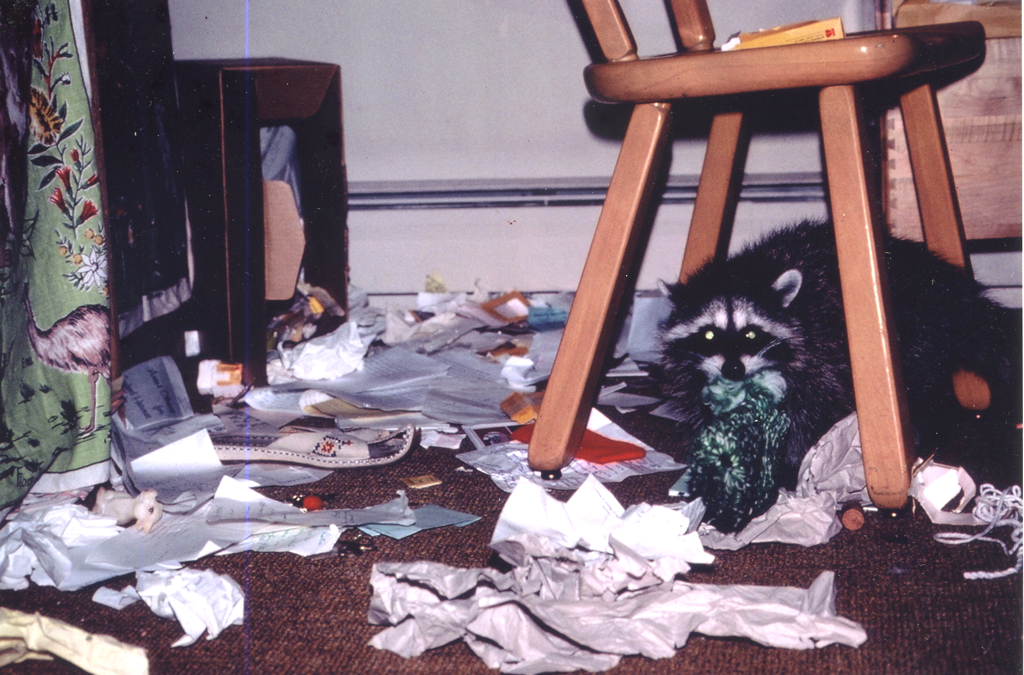 Simon Fraser University is number one again. I just picked up my Alumni News and read that 150,000 students have now graduated from this renowned university on The Hill in Burnaby and its second campus in downtown Vancouver. SFU is also unique in having Tabasco the Saucy Raccoon as one of its students.

We were living a block from Hastings Street at the bottom of SFU Hill on the third floor of a no-pet apartment. I was studying for my Bachelor of Education and Master of Arts degrees, specializing in how people saw cougars. The raccoon studied people. A few days old, she had been given to me by the Stanley Park Zoo after her mother and siblings were killed for making their home in the attic of a posh place in Kitsilano. 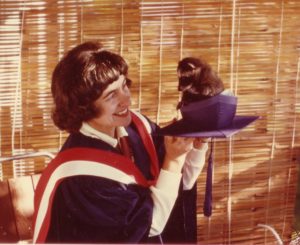 “Now I don’t allow animals in my apartments,” said the landlady decidedly as she gave me the key. “No cats or dogs.” She never said a word about raccoons. So Tabasco spent her days from babyhood onwards scampering around the two-bedroom apartment, sleeping on my desk behind the typewriter while I was writing papers, articles and books, tottering along the deck railings, playing with the kids in the neighbouring playground, making friends with shop keepers and postal workers along busy Hastings Street, and burling logs with the men in nearby Burrard Inlet. And, of course, attending the university.

Although she was the centre of attention romping around schools when we were invited to give presentations, she was nervous like any new student, on her first day at the big school SFU. She kept so close to my heels on the way to the library from the parking lot that I trod on her twice. And she conked herself on the head when she tried to dive through a door without waiting for it to be opened. She almost broke the glass.

She did break up two groups of sunbathing students reading on the campus lawn. Their school work couldn’t compete with a scampering raccoon. By the time we got to SFU’s ornamental pool, Tabasco had a new bevy of admirers.

But just as she was posing for one of the student’s cameras at the edge of the pool, the photographer stepped forward for a portrait shot, the raccoon stepped backward – and fell into the water. Instead of chasing the goldfish, as she would probably learn to do later, she clambered out immediately, turned around and gave a long hard look at the water. She reached forward cautiously with one paw, thrust her nose down to touch the silvery surface and, to my surprise, fell in again. I had to fish her out. The students cheered and went back to their books.

Fortunately for concentration, I was doing a directed study and didn’t have to attend regular classes. After her first day, Tabasco had the run of the whole university. She was made the mascot of the English Department, had her face on the opening page of the English calendar, had an interview for the university newspaper, and accompanied me to convocation.

And now she is the heroine of TABASCO THE SAUCY RACCOON.