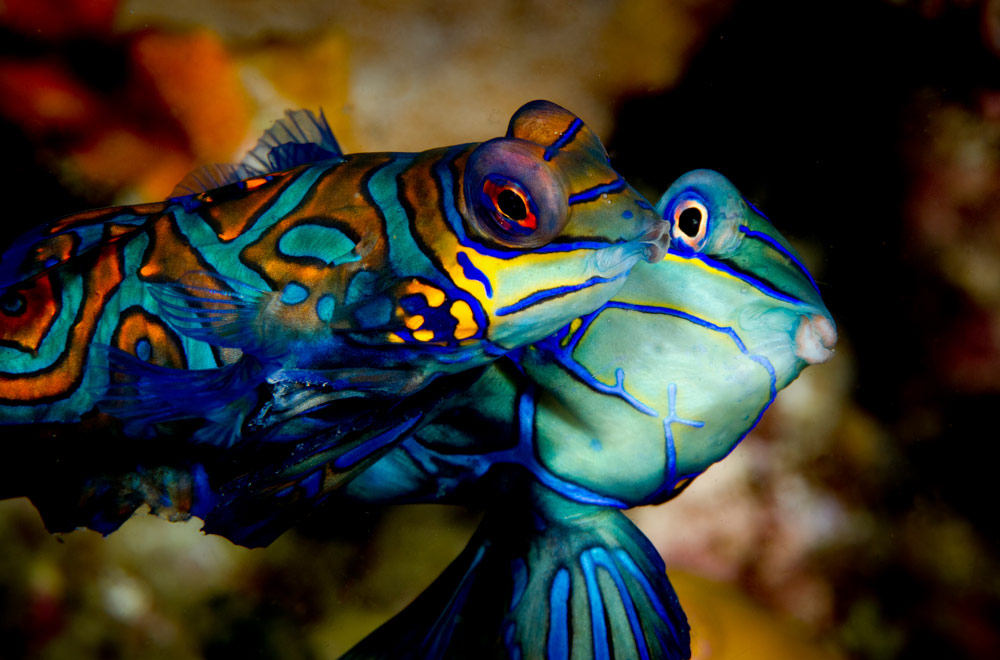 My most memorable meal in China happened on the last night of a month-long backpacking trip with Intrepid Travel called China in Depth. All month, my mates and I had eaten at street stalls and cheap restaurants. We’d marveled at the variety offered – shish kebabs of dubious larvae, whole grasshoppers, naked thumb-sized birds, crab pincers –in China it seemed that if something moved it was fair game as food.

So the night before we flew back to our various homes around the world, we decided to splurge on dining in a fancy restaurant. My splurge was to be a whole mandarin fish lying solo on the plate surrounded by glorious technicolored trimmings.

As soon as we walked through the door, the maître d’ ushered us into an aquarium to select the exact fish we wanted the chefs to prepare. Mandarin fish come in a myriad of stunning colors and I picked the most outstanding one in the tank.

The waiter led us to our table in the crowded restaurant to chat and enjoy the ambiance while we waited for our dishes to appear.

My fish arrived first – in fact, it almost beat me to the table-a whole fish, a colorful fish, not on a plate but flipping and flopping and very much alive – in a bucket. I drew back in shock as the waiter lifted the bucket closer to my face so I could get a better look.

And then the fish leaped out of the bucket and landed on the floor.

Forgetting completely that I have a history of fearing live fish, in fact, I scream at the feel of one, I instinctively grabbed my camera, tore the tablecloth out of the way, and dropped to the floor myself, trying for a picture in the dark as the fish slithered and sloshed and flipped and flopped around the legs of my dinner companions under the table.

Finally, the waiter scooped up the fish, put it back in the bucket, and promised me it would look different the next time I saw it.

Half an hour later, he carried it back on a plate and set it down triumphantly in the middle of the table. I think I expected it to be covered in orange marmalade or accompanied by mandarin oranges – I’m no Chinese food gourmet – but it was almost unrecognizable in a plush coat of what seemed like orange sauce and surrounded by a selection of oriental fruits. I was glad to share it with my dozen companions.

I don’t know why the waiter had to bring a live fish to my table – perhaps he really did want to check my choice – and though my photos are less than memorable, I still grin at the memory of lying in a bucket of water under the table of a high-class Chinese restaurant, trying not to be kicked by the legs of a bunch of giggling guests, but trying to catch with my camera a live mandarin fish.